The game-changing Google trend to watch in 2021

A whole new side of Google is taking shape right in front of our eyes, but you really have to step back and look carefully to see it. 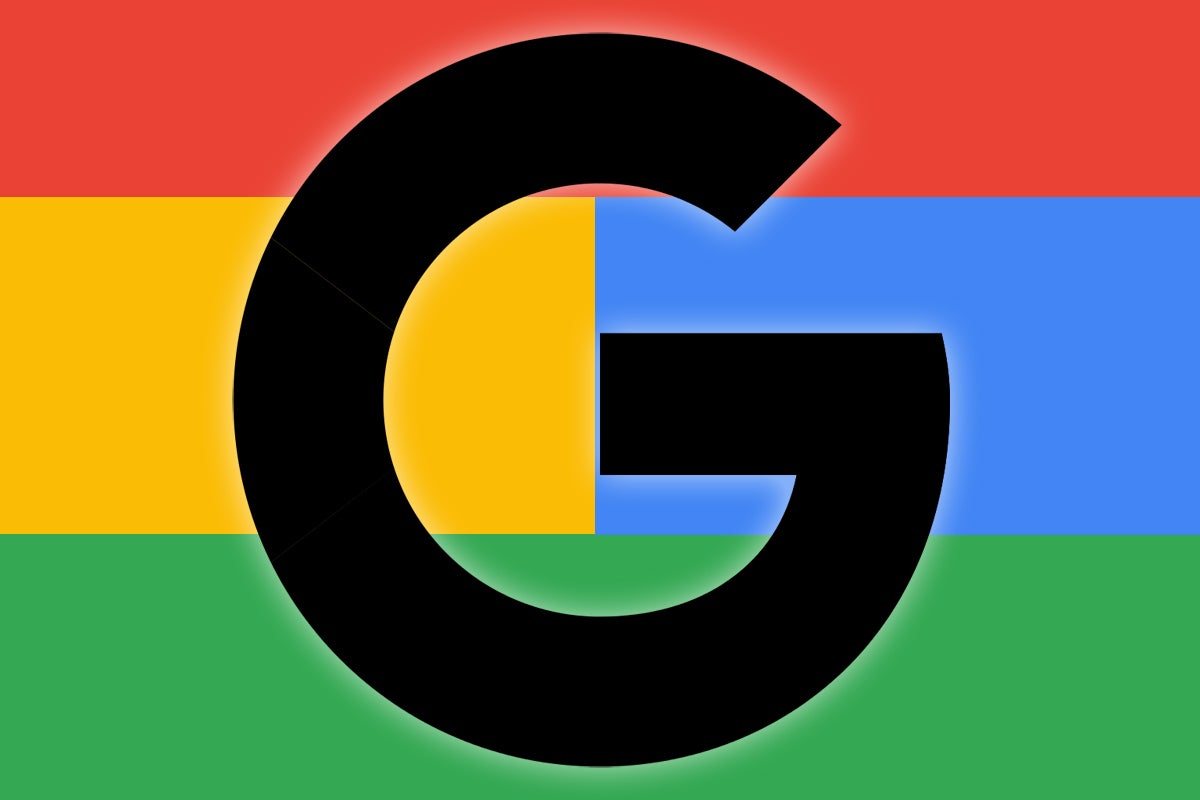 If you’ve known me for long, you know I’m not a fan of those hollow, wide-reaching predictions people love to make this time of year (well, with one noteworthy exception). But trends — now, trends are something I can get behind. Trends are less about pretending to have some manner of magic crystal ball and more about observing genuine patterns and big-picture shifts over time.

And when it comes to Google and the start of 2021, whoo boy, have we got a budding trend worth talking about right now. It’s something that gets at the very heart of Google’s business, its ambitions, and its plans for connecting with us as customers and users of its various products and services.

It’s the slow but significant move toward subscriptions as a key part of the Google experience — the ever-increasing emphasis on getting us, the (mostly) human mammal-people who rely on Android, Gmail, Docs, and the likes to stop thinking of Google as a purely advertising-powered, free-for-the-taking provider and to start thinking of it as a company we at least sometimes pay for the value it gives us.

In a way, it brings to mind what we’ve seen play out with that other big tech player that pivoted not so long ago and established itself as a subscription-driven service provider, particularly in the realm of business — y’know, a little company known as Microsoft — and also what we’ve seen covered exhaustively over on the Apple side of this domain.

For Google, the shift is drawing far less attention but has the potential to be every bit as transformative — maybe even more so. And no matter how you use Google apps and services in your own life, it’s bound to impact you. In fact, it probably already is.

Before we get into the present, we need to step back for a moment to set the stage for what we’re seeing now and what we’re likely to see more of in the months ahead. After all, Google may have been built as an advertising company at the start — with free services supported by a profile-driven, personalized ad network — but it’s actually been making some money by selling subscriptions to its services for quite a while now.

The first such signs showed up in 2006, when the company launched its awkwardly named Google Apps For Your Domain product — a fully managed, subscription-based collection of its popular productivity apps. The offering would eventually be shortened to Google Apps or sometimes Google Apps for Work, then changed from that to G Suite and eventually from that to its current brand of Google Workspace (which, full disclosure, I still write as Google Workplace more often than not). But despite that dizzying and hilariously Google-esque string of rebrandings, the basic idea of the effort has remained the same.

And despite the program’s success, the Apps/G Suite/Workspace/Whatever You Want to Call It effort has remained a drop in the bucket compared to the Google ad machine. At the same time, questions about the long-term staying power of that advertising business have been growing louder with every passing year — and it’s not too difficult to see why.

We’ve got a few different fronts of evolution happening at the same time, really. First, in general, folks are spending more time using walled-off services and less time searching in traditional ways, which limits the amount of info Google can collect for ad profiling and the number of ads it can serve. Beyond that, people are becoming ever more concerned with privacy and how their data is being used, which, for better or for worse, is somewhat at odds with the core nature of Google’s profiling technology. And regulators (which may or may not include Warren G) are growing ever more focused on the nature of Google’s advertising business and whether it gives the company too much power.

So, yeah: All in all, it adds up to create quite the spicy porridge for a company whose bread and butter depends predominantly on that very advertising business — a business that accounted for a whopping 80% of Google’s revenue in the most recent reported quarter.

And that, my fellow Google observer, brings us to today.

Over the past year, Google has positioned itself to move past the near-total reliance on advertising by laying the foundation for a whole new kind of business — one that’s supported by people paying actual money for the stuff they’re using instead of getting it entirely for free. In typical Google form, the transition has been happening bit by bit, in a very piecemeal manner, and you really have to step back to see the forest for the trees and realize the broader significance of the shift that’s taking shape.

Think through it all with me for a sec, though, and you’ll quickly get the picture. In 2020 alone, Google:

And even that isn’t everything. In November, Google launched a totally revamped Google Pay app that’ll soon serve as the foundation for Plex, a “new mobile-first bank account” that’ll become available later this year and be tightly integrated into the Google Pay experience. That may not be a subscription in the traditional sense, but you’d better believe it’s designed to serve a very similar purpose — to create an alternate, ongoing relationship between you and Google that’ll support the company’s business and give it another bit of non-ad-related cushioning.

Each one of those pieces may seem relatively small in and of itself, but look at ’em all together, and you start to see the bigger picture they add up to create. Heck, Google itself is even starting to promote some of these subscriptions collectively in a prominent new section in the main, top-of-screen menu of its Google Store website. 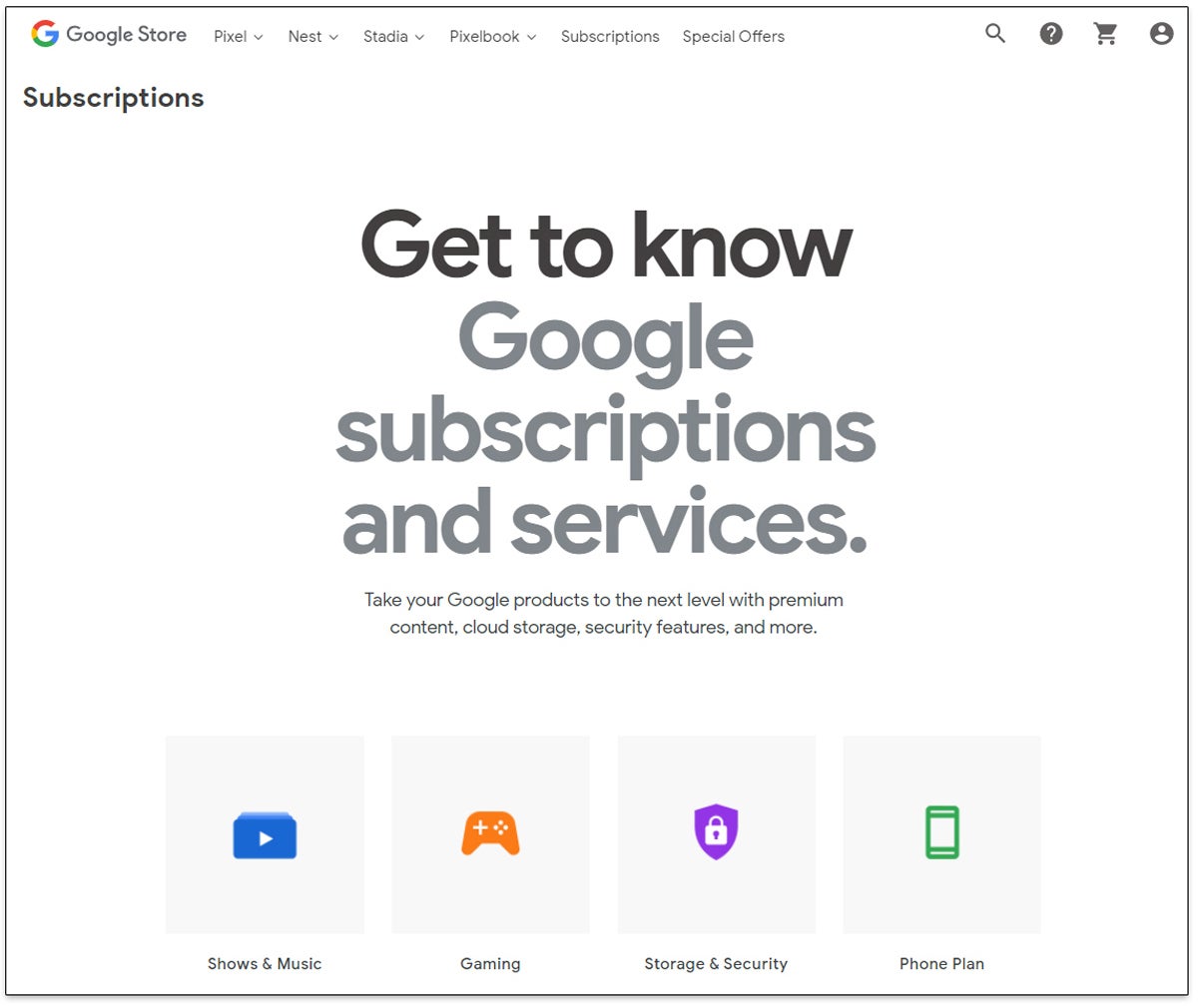 It may not be the full-fledged “Android Pro” subscription I proposed last summer — with an option to get a new Pixel phone every couple years along with device protection, extra Google storage, and elevated post-sales software support at a price that’d be roughly comparable to what you’d pay for the devices outright over that same period of time — but goodness gracious, it’s getting pretty darn close.

For years, people have bemoaned Google’s ad-centric approach to apps and services and complained about the fact that, as the saying goes, “if you’re not paying for the product, you are the product.” Well, it sure looks like Google is working toward giving us another option, at least on certain levels. And all signs suggest what we’re seeing right now is still only the start.