The one-app-for-all Outlook will run within a browser as a replacement for the Windows, Mac, iOS and Android editions of the company’s popular email app. 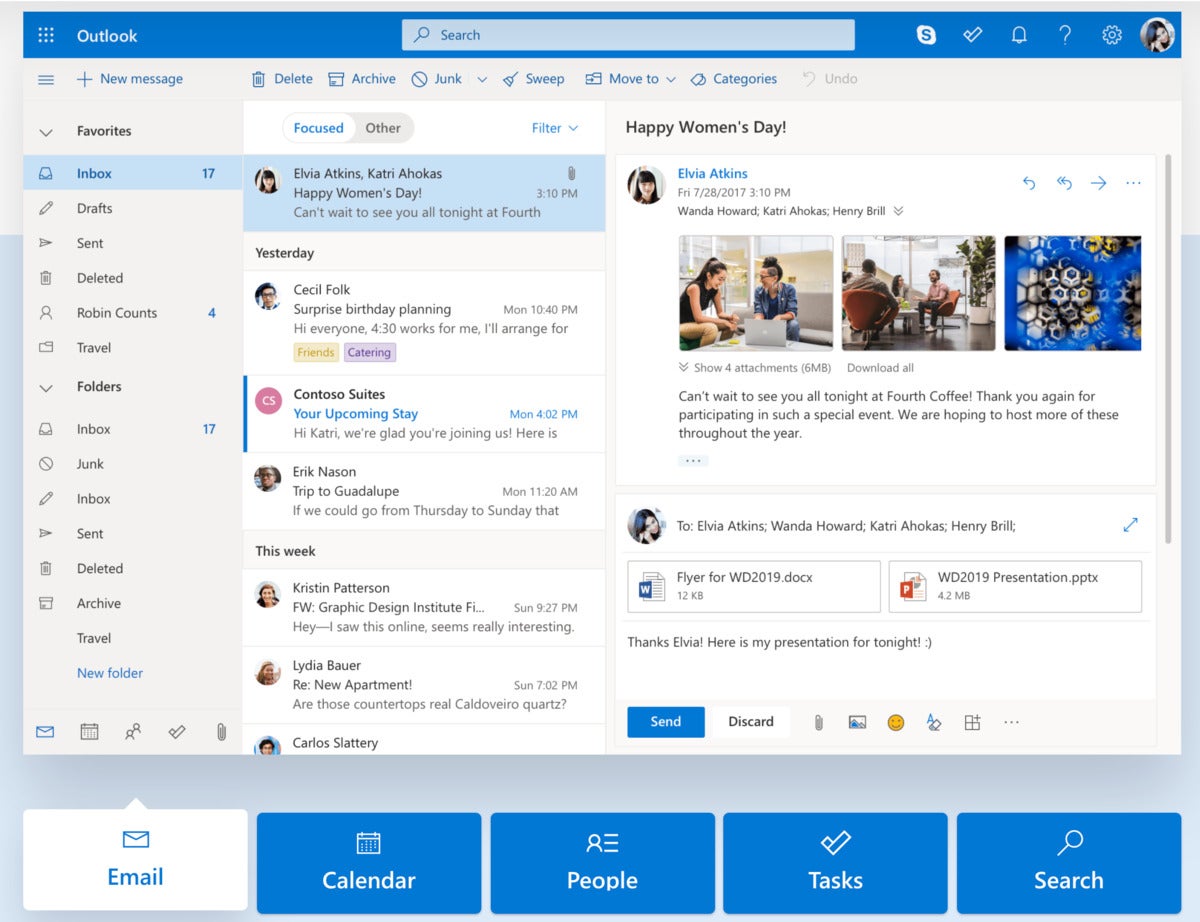 Microsoft plans to produce a one-app-for-all Outlook that runs within the browser as a replacement for the various Windows, Mac, iOS and Android editions of the company’s premier email application, according to reports.

Code named “Monarch” and part of an already-announced project dubbed “One Outlook,” the web-based app would replace the desktop and mobile versions on all platforms, from desktop to laptop to tablet to phone. WindowsCentral, one of the first to report on Monarch, also said that the app will be based on the current Outlook web app at outlook.com and outlook.office365.com.

According to WindowsCentral and others, the Outlook web app may reach a preview milestone by the end of this year. However, it will not replace the Mail and Calendar applications baked into Windows 10 until 2022, with the substitution for Win32 Outlook even further out than that.

Been here, done that

The idea of one app able to run on multiple platforms — “write once, run anywhere” was one once-popular description, that one pitched as an edge for Java — has a long history in software development in general, and in Microsoft’s specifically.

Microsoft has taken more than one stab at this, the latest — before the current one — when it launched Windows 8 in 2012. Largely driven by a desire to meld mobile and desktop, the concept was branded a whole series of names, from “Metro” and “Modern” to “Windows Store” and “Universal.” Apps were to run on both Windows-powered smartphones (then a foundational pillar of Redmond’s overall strategy) and Windows 8 devices like PCs and tablets. And when Windows 10 loomed, Microsoft started calling them simply “Windows” apps.

It was confusing as all get out. And ultimately, all failed to reach the one-for-all app universe goal.

Thus a good question should be: What will make this attempt any different? Earlier goes at Windows universal apps have foundered because the results have been sub-standard compared to a native application (in other words, one written specifically for the OS). Although Microsoft will reportedly build in native OS support for some aspects of email — offline storage and the operating system’s own notification system, for instance — such promises have been made before … and fallen flat.

What’s in it for Microsoft?

While the “write once, run many” model — another label for the idea, and ideal, of cross-platform — is a laudable goal in theory, one that could result in enormous gains in development productivity, perhaps also in application reliability and stability, in practice there are also mundane reasons why this makes sense to Microsoft.

By Computerworld‘s reckoning, the most important is that the “Monarch” Outlook will be based on web technologies and thus either run in a browser or be, for all intents and purposes, a browser on the inside with an outside wrapper masking that fact.

Microsoft has a browser fight on its hands after abandoning its own technologies for Google’s Chromium to power Edge. By 2020’s end, Edge accounted for about 11% of global browser activity, an increase of 57% over the previous 11 months. (Edge went Chromium in January 2020.) During that stretch, Edge, well, edged past Mozilla’s Firefox to take second place behind — a long way behind — Chrome. Edge remains Chrome’s only legitimate threat.

Microsoft will use whatever tools it possesses to push Edge as the browser best suited for businesses, particularly the larger enterprise customers which fuel its bottom line. That includes wiring Edge into business-critical email.

(Google has been criticized for building Gmail so that it runs best in Chrome, but it’s likely that the pairing helped the latter supersede Microsoft’s by-then creaky Internet Explorer (IE) and until this year, keep Edge on, well, the edge of dissolution.)

If Microsoft succeeds in making a new cross-platform Outlook out of Edge, it can boast of the browser’s prowess to the crowd that matters, businesses small and large. Better yet would be an app that runs inside a browser, any browser, but which provides the best performance when run in Edge, not Chrome.