With many companies eyeing “hybrid” workplace strategies this year, Facebook is looking to bolster its Workplace platform to make collaboration easier. Workplace executive Ujjwal Singh explained what’s coming and why. 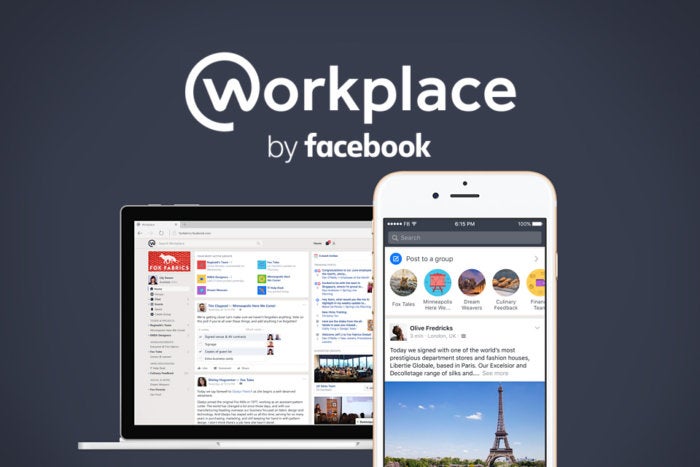 Facebook hopes to make it easier to get work done within Workplace via new productivity features — some natively built, others from third parties — and other changes it has in mind this year for Workplace, its enterprise social network.

The Workplace platform, which jettisoned its free tier last month, had grown to 5 million paid users as of last May, including a roster of enterprise customers such as Nestle and Walmart in the four-and-a-half years since its launch. 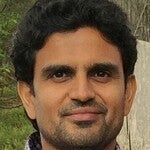 Like many SaaS-based collaboration software vendors, Workplace saw a large uptick in users in 2020 as teams worldwide shifted to remote work during the COVID-19 pandemic. With many businesses eyeing “hybrid” remote-work strategies this year, keeping customers connected via the platform’s video and messaging tools continues to be a priority, according to Ujjwal Singh, head of product at Workplace.

With that in mind, Facebook today unveiled updates to its video broadcast capabilities within Live Producer, along with an upgraded Safety Check feature – now rebranded as Safety Center.

SIngh, in an interview, also talked up plans to build on the productivity capabilities within Workplace, which now has around 50 third-party integrations with various business applications. That number trails rival collaboration tools such as Slack and Microsoft Teams.

Computerworld spoke to Signh last week about what Workplace customers should expect in the coming months, with productivity tools and asynchronous communications also on the horizon.

(This interview transcript has been edited for clarity.)

You’re expanding the uses for video within Workplace, with the ability to more easily add multiple hosts to a broadcast. What are the use cases here for customers?

“Live Video is one of the key standout features for Workplace and one that most of our customers use pretty regularly. One of the main things we’ve done is add the ability to have multi-hosts. In a world where most of us are remote, when you’re trying to do a broadcast, do a town hall, or do a Q&A, there are many times you want to include someone else in that. It could be a guest speaker, it could be someone else within the company that you want to have a discussion with — for example, the CEO wants to bring in the CFO because they’re talking about how the quarter went. An external use case might be a relevant guest speaker that is an expert, such as a local expert on the pandemic. 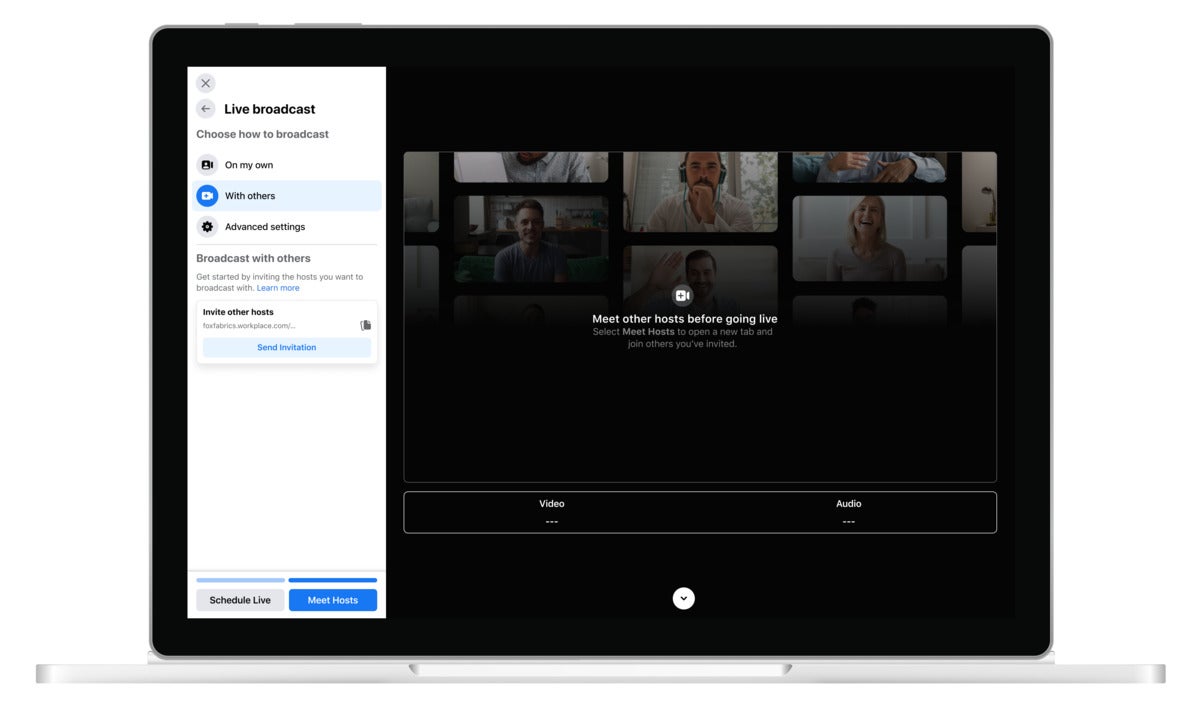 Live Video will offer new options to add more than one host of videos.

“It’s built very much to be secure. It’s still a company product, we don’t want the equivalent of random people finding a link on Twitter or wherever else and becoming guest speakers in a CEO call. So, security and making sure that it’s still a closed ecosystem [are vital]: not just anybody can join.

“We’ve also added basic analytics. If the CEO goes live, the company wants to know how many people saw it, what did they react to, how long did they watch the video for.”

Safety Check is a tool that has been available in both the Facebook’s consumer application and Workplace for a little while now. What improvements should Workplace customers expect as it is rebranded as Security Center?

“Safety Center is an evolution of Safety Check, which is something that’s used on the consumer side within Facebook but also within Workplace. For example, in 2019, Delta used Safety Check during the hurricane season to make sure staff were safe. We’ve used it [at Facebook] for the pandemic to share updates like office closures and local restrictions and how to contact for local support — that kind of thing.

“The specific changes are really around UI. We focused on making Safety Center easier to use, easier to discover, easier to manage the comms before, during, and after an incident.

“We’ve added different message types as well: travel advisories, safety alerts, different ways to interact with employees and for them to interact back with the company. It is more than just marking themselves as safe; not every incident is just ‘are you okay, yeah, great move on.’

“It’s to address the different scenarios, not just the earthquake or the hurricane scenarios but more in line with the kinds of scenarios that we all have to deal with today.” 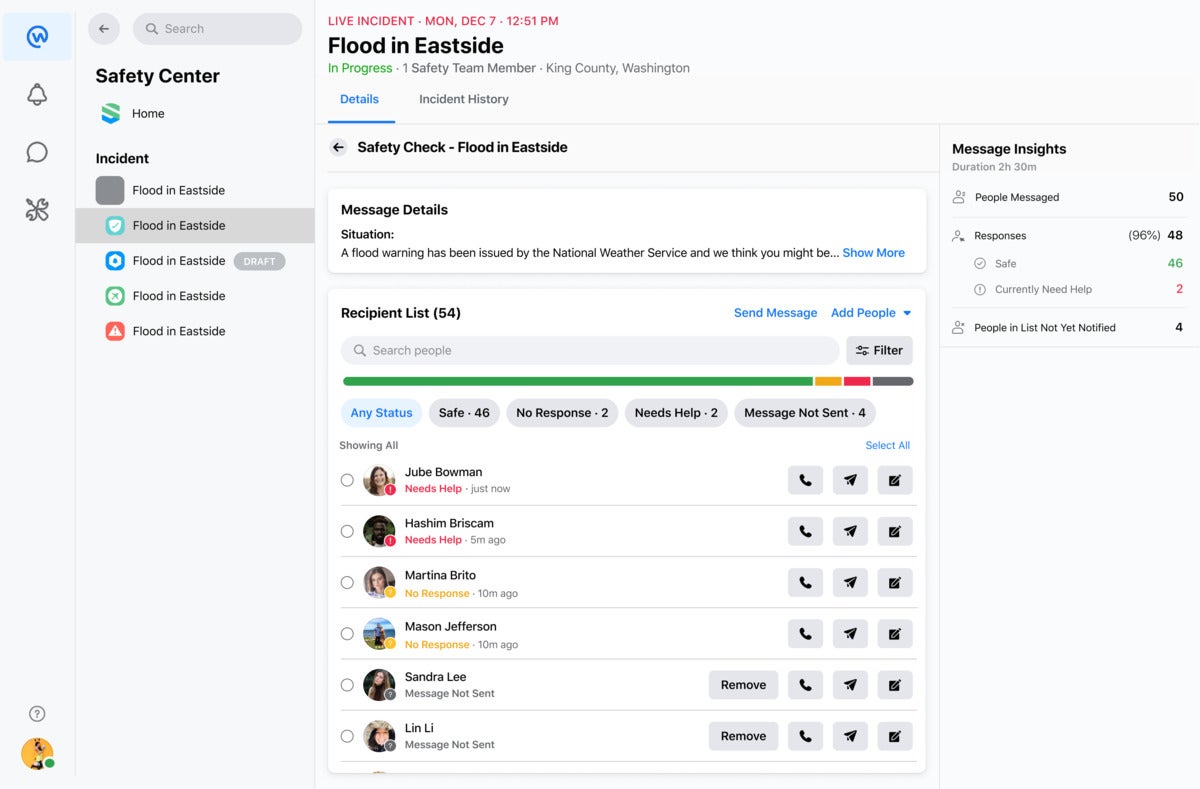 Workplace’s Safety Center allows employees to report in during emergencies.

Community building has been a key strength for Workplace, but how is the application also used to get work done? Should we expect to see more focus on productivity going forward?

“This is part of our 2021 vision. Today, Workplace is a great place to come and talk about work and learn about work. But in 2021 we also want to make it a place where you can get work done.

“The simplest example is DocuSign. That integration means people do not have to leave Workplace to be able to sign documents, especially if they’re collaborative documents that multiple people need to sign off. Our platform enables that without email chains and all of those kinds of things.

“That’s a fairly simple utilitarian example; what you’re going to see in 2021 is us leaning into examples like that, expanding on [the integration with] ServiceNow [for example], and with some of the other SaaS providers that people use to get work done. We’re also going to expand the types of integrations that we do, to make Workplace a place you can actually be productive while being collaborative. One broad way of thinking about it is it’s not single-player use cases that we’re focused on, its multi-player collaborative productivity that we’re going to lean into, because that’s our strength.”

As well as third-party integrations, will Facebook be adding productivity functionality natively within Workplace?

“Yes, the analogy I would use is our launch last year of Knowledge Library. It [provides] the ability to have the equivalent of a wiki to publish a note that’s long-lived; it’s doesn’t just live on a post. Instead of having to go to a separate tool to do the work there and then paste or post that in, Knowledge Library means you don’t need a separate wiki tool, there’s a wiki integrated inside of Workplace. That’s an example of us doing a native integration, versus just saying, ‘Hey, if you’re using this external tool, we integrate with that.’

“We think that’s a really good example of what people want to naturally do as part of communicating within larger organizations. So there are other examples like that we’re looking at, that will get natively added inside Workplace.”

What else should Workplace customers expect to see in 2021?

“Another area that we’re focused on in 2021 is leveraging ‘async’ [asynchronous communications] along with ‘sync’ communications.

“There’s a very real video fatigue in the absence of actually physically being present with each other, so one of the areas that we’re going to explore is how to do that in a much more sustainable way. By leveraging async, whether that’s with video or audio, it’s that notion of how we make sure we still feel connected without having to be on display in front of a camera.

“Async video is an example of what we think could be useful, but we think there’s other areas that are worth exploring around the feeling more connected and feeling like there’s presence, that we are we are together without having to stare at each other over a camera.”

Hybrid remote working is a major theme for businesses this year. How will Workplace help bridge the gap between office-based and remote staff to overcome some of the challenges that can arise with these mixed modes of working?

“Our core mission is to build community at work and help maintain company culture. My view on this is that’s easier to do when everyone is in the one same office. As you get to a “mixed mode” world, the notion of making sure everyone is on the same page and informed and feels like they can still have a voice at the company, those are things are just more important.

“Some of our biggest customers today — independent of the pandemic — use Workplace for exactly those reasons across their split offices, because they have offices in multiple time zones or are spread geographically. We’ve seen that people are leaning more into our core features in Workplace, things like Live, things like async posting and having discussions, versus everything having to be sync. …Those are things that we’ve seen more people use and we think that will continue as more people become are remote.”