Got a Chromebook? These advanced, mostly out-of-sight options will grant your computer new powers and change the way you work (for real!). 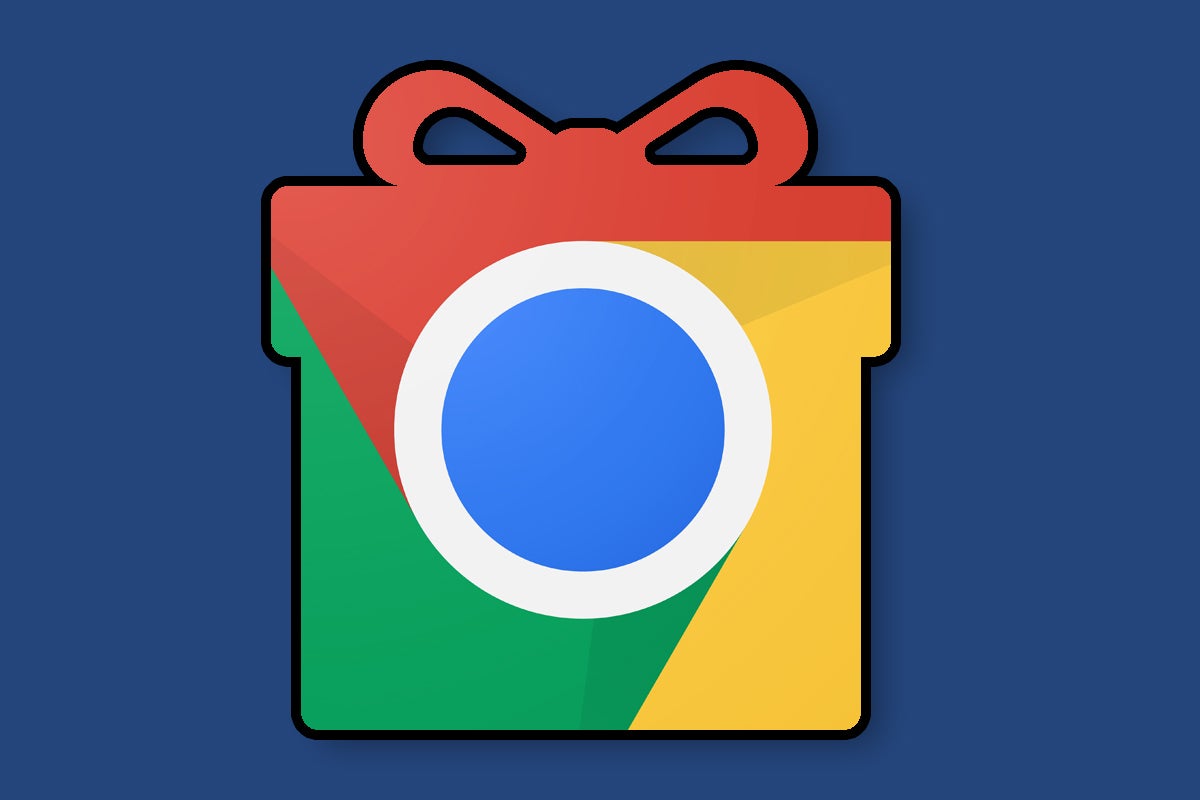 Android may be Google’s highest profile platform, but Chrome OS is arguably the place where the fastest and most exciting progress tends to go down these days.

Every year as of late, we see leaps and bounds being made in how Chromebooks work and what they’re capable of doing — the types of programs they’re able to run, the kinds of advantages they’re able to offer, and the interesting ways they’re able to interact with Android to create a more connected and cohesive-feeling experience.

And while lots o’ folks are fast to write Chrome OS off as an irrelevant experiment, let me remind you: Those sentiments are based mostly on outdated myths from the platform’s earliest days. Chrome OS is nearly a decade old now, and Chromebooks today are surprisingly capable — almost ironically so, given the product’s original limited purpose. What’s more, they’re actually selling faster than Macs at this point, with Chrome OS representing roughly 13% of all U.S. computer shipments in the fourth quarter of 2020 compared to Apple’s 8.7% share, according to Gartner.

So, yeah: When someone scoffs at the very idea of Chrome OS, their comment is usually less about the platform’s irrelevance and more about their own ignorance. Chromebooks are increasingly sophisticated and valuable productivity tools — and from the looks of it, their growth and development won’t be slowing down anytime soon.

Here are five interesting elements Google’s got cookin’ with Chrome OS right now — including one that’s already broadly rolled out and four that are under development but readily available, if you know how to find ’em.

This first new Chrome OS feature showed up just before the holidays, so you’d be forgiven for not noticing — but you’d also be well-advised to avoid overlooking it for long. It’s an incredibly handy built-in system for managing your open tabs, searching ’em, and quickly jumping from one to another in the blink of an eye.

To find it, just click the new down-facing arrow icon in the upper-right corner of any browser window — or, quicker yet, use the new Ctrl-Shift-A shortcut — and you’ll see a list of all your open tabs in that same area of the screen. 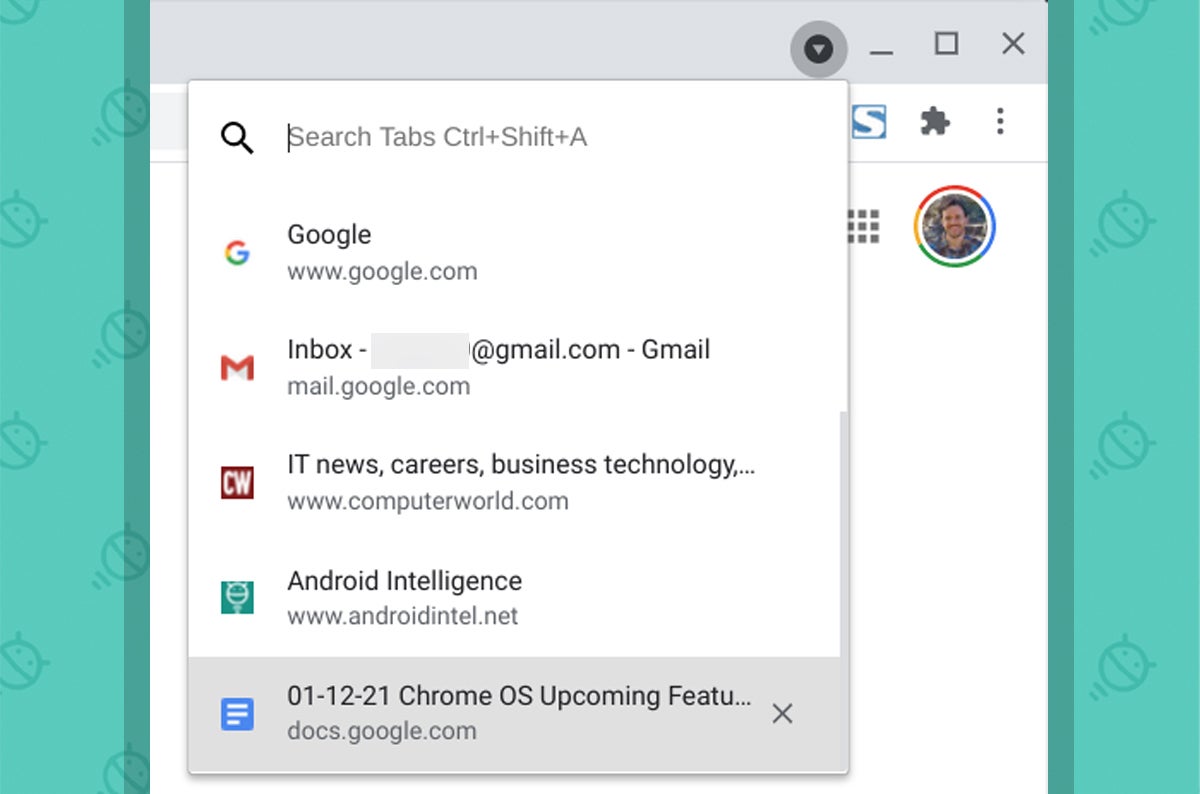 From there, you can do a handful of things:

As someone who tends to keep way too many tabs open at once — sometimes stretched across multiple virtual desktops, even — this is something I’m especially excited to have. And it’s right there and waiting; all you’ve gotta do is get yourself in the habit of embracing it.

On a separate but vaguely related note, Google’s been working for a while now on a new Chrome OS feature that’ll let you look through all the recent stuff you’ve copied and then paste it in anywhere you’re working.

The Enhanced Clipboard, as it’s currently known, makes your five most recently copied tidbits available anytime you hit the Everything key (a.k.a. the Launcher key or Search key) and v together. 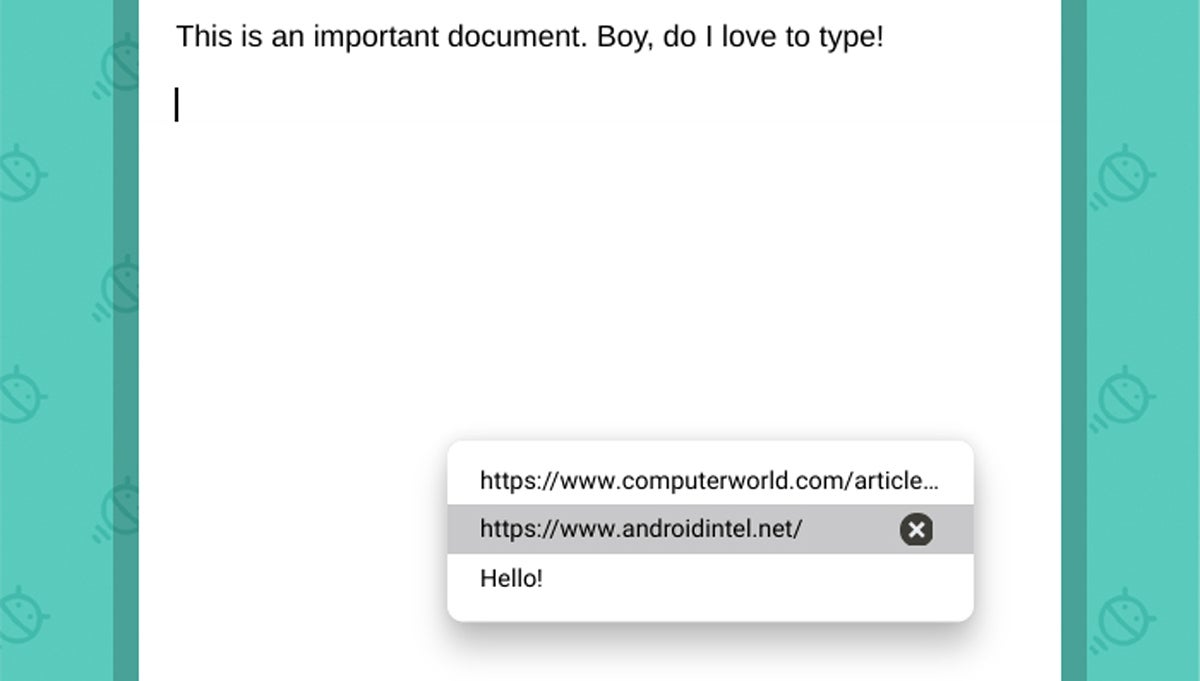 To give yourself early access to this feature while it’s still being refined, follow these simple steps:

After your Chromebook restarts, copy some text — any ol’ text — and hit the Everything key and v together. Let out a celebratory yip, if you’re so inclined, and then focus your silly brain back on this page and keep chargin’ forward.

This next feature has the potential to be a massive time-saver and productivity-booster — for business use in particular but also for education or any other situation where you frequently find yourself juggling a fair amount of files. It’s a new quick-access center that gives you a one-click tray for holding and easily opening recent screenshots along with other important files and folders.

Once it’s activated, you’ll see a new icon to the left of the clock and status bar in the lower-right corner of your screen. When you click it, you’ll find any screenshots you’ve captured lately as well as any files or folders that you’ve pinned to that area. 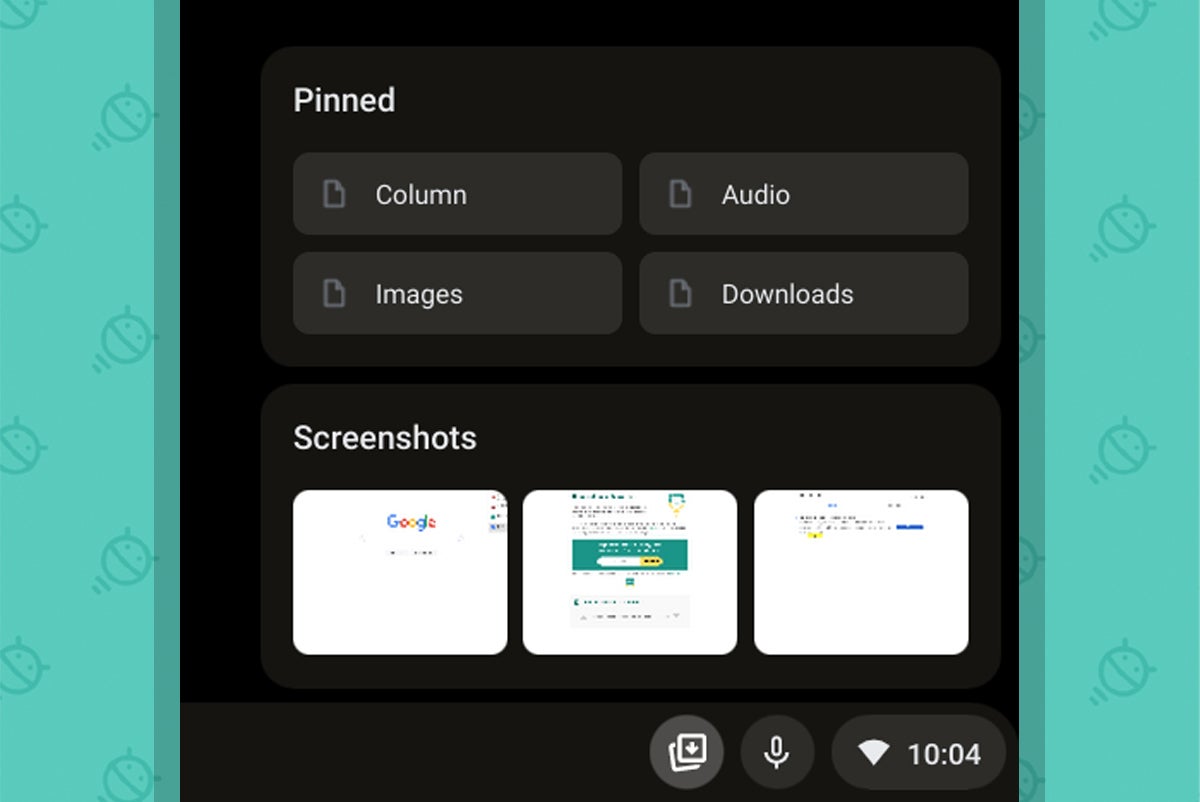 You can then click on any of those items for super-fast access, without any digging or ongoing clutter required.

As for the pinned files and folders, you can add or remove items from that list within the regular Chrome OS Files app simply by right-clicking on the item you want, within the main area of the app (not the left-hand sidebar), and then selecting “Pin to shelf” from the menu that comes up.

This feature, as of now, is still under development — but just like with the last one, you can activate it with a 60-second adjustment:

Once your system restarts itself, all those new elements will be in place and ready for your use. Just be aware that Google is still referring to this option as a “test” — so it’s always possible it may disappear without warning and without ever seeing an official release (which is always true, to some extent, with these sorts of unreleased items).

Google’s Nearby Sharing system for wireless file transfers between devices showed up on Android last summer — but for some reason, the system still isn’t supported on Chrome OS devices. And for those of us who own both an Android phone and a Chromebook, that severely limits its usefulness.

Well, be limited no more: You can actually enable Nearby Sharing support on your Chromebook right now — and once you do, you’ll find a nifty new icon for it within your computer’s Quick Settings panel. 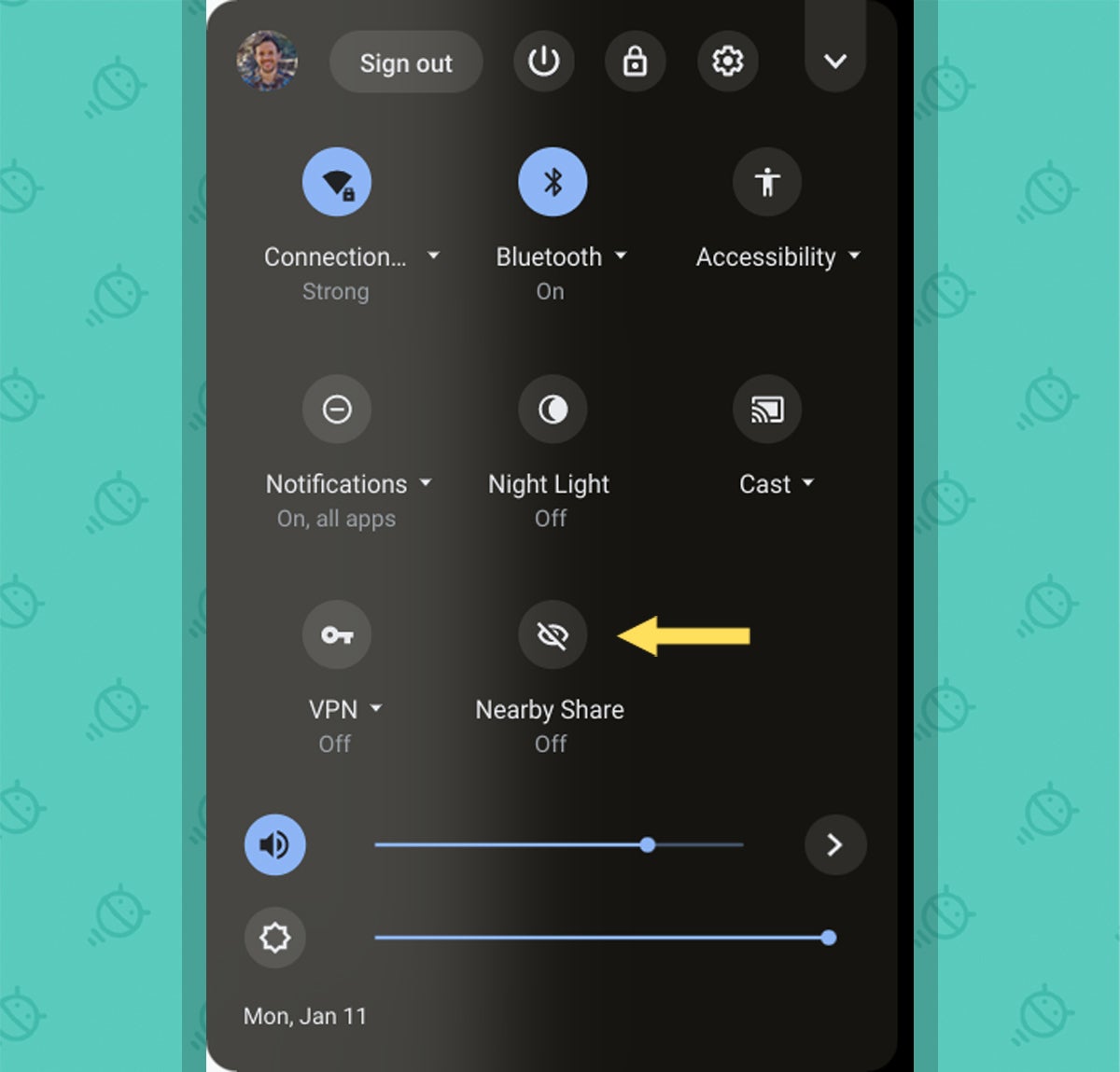 Click that, then share any manner of file from your Android phone, select the “Nearby” option at the top of the Android sharing interface, and select your Chrome OS device from the list that comes up:

And all that’s left is to accept the transfer on the Chromebook side. Once you do, whatever file you were sending will be on your computer in an instant — no wires, no worries, no fuss whatsoever.

The system theoretically lets you share stuff from a Chromebook to an Android phone, too, but that part of the system is still a little wonky for me as of this moment (a side effect of this being a still-under-development feature, I’d imagine). Even so, though, the Android to Chromebook part of the equation is pretty darn useful to have.

If you want to try it out, here are the steps to take:

After your system restarts, just look for that Nearby Sharing icon in the Quick Settings panel — the box of options that pops up when you click the clock area in the lower-right corner of the desktop — to get started.

Speaking of Android-connected features, Google’s also in the midst of bringing a newly consolidated media player into the Chrome OS universe — something that clearly takes a good amount of inspiration from the new universal media player introduced in Android 11 last year.

Just like on the Android side, the new Chrome OS media player puts controls for audio or video playing from any source into a single, streamlined space instead of having each set of controls exist as its own standalone item in your notification panel. In the Chromebook environment, the new player appears within a special icon that pops up to the left of the clock and status bar area anytime something is playing. 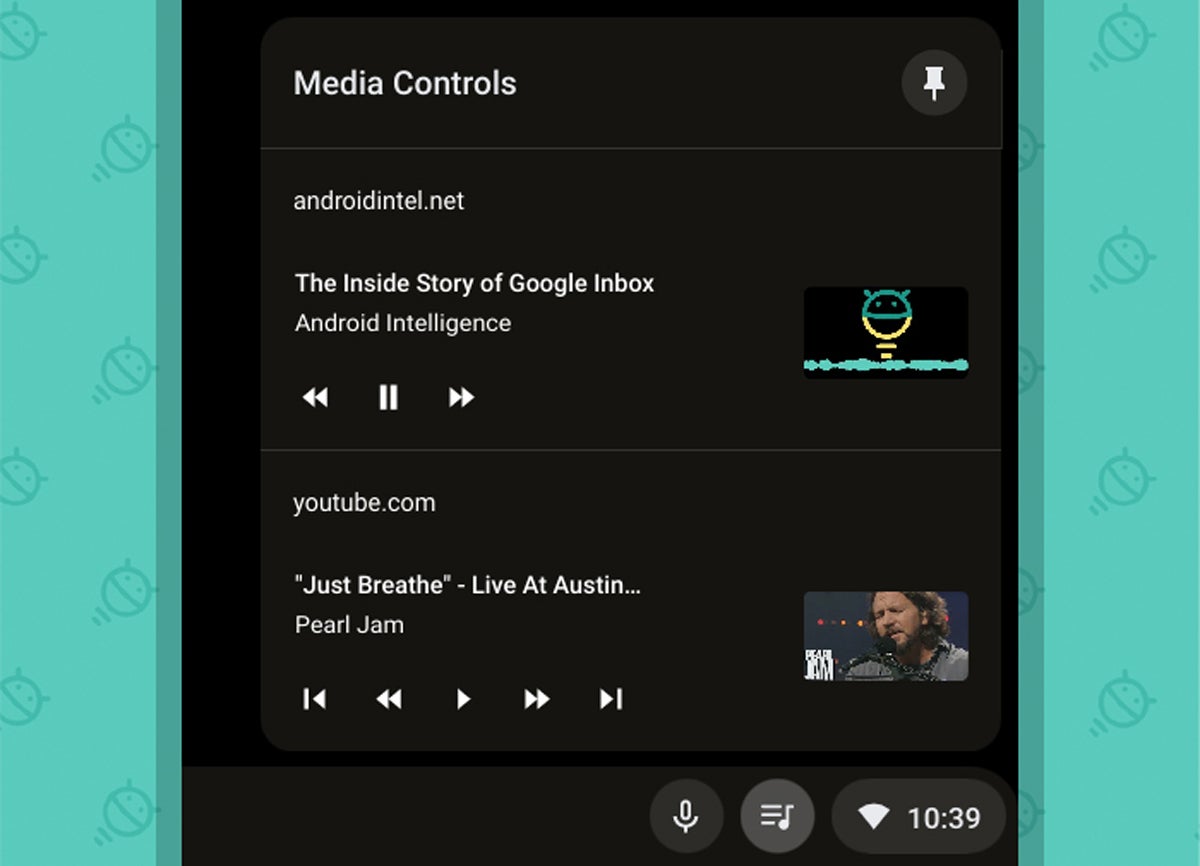 If you really want to get fancy, you can give it a more modern interface — and also give it a delightfully useful picture-in-picture function that makes it possible to pop any playing video out into its own floating box on demand. That box then sits on top of all your other stuff so you can keep watching your Very Important Work-Related Video (since that’s the only type of video you’d be watching during the work day, of course) whilst you go about your other tasks. 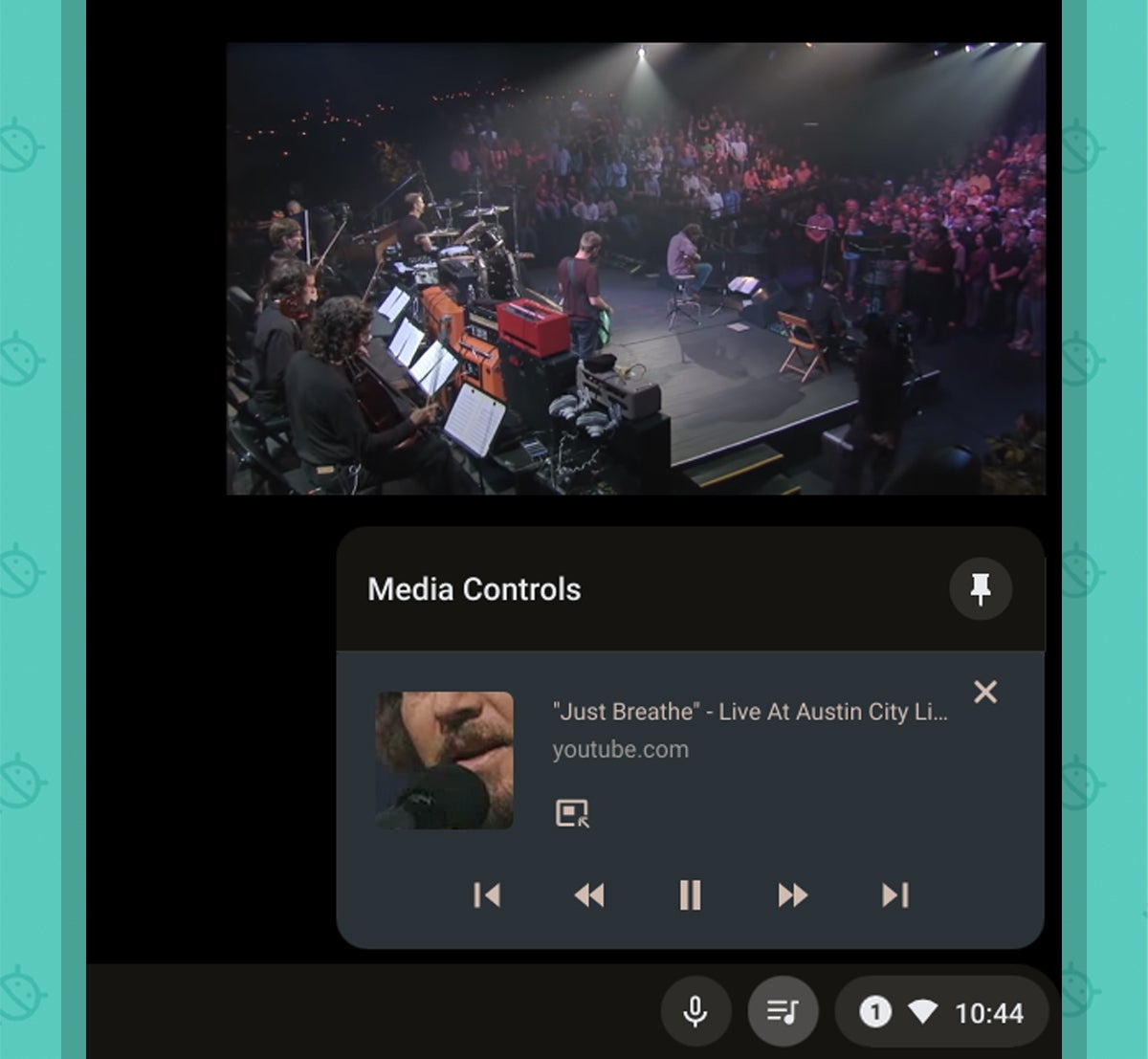 Ready to give yourself this still-under-development upgrade? Here’s the trick:

Now just go play some audio or video from any website or app — or any number of websites and apps — and watch what happens.

Not bad for an “irrelevant experiment,” right?