Firefox 86 adds multiple picture-in-picture video viewing and boosts the browser’s anti-tracking defenses by isolating all cookies in the sites that create them.

Mozilla last week raised the Firefox version count to 86, adding multiple picture-in-picture video viewing and bolstering the browser’s anti-tracking defenses by isolating all cookies in the sites that create them.

Firefox 86 can be downloaded for Windows, macOS and Linux from Mozilla’s site. Because Firefox updates in the background, most users can just relaunch the browser to get the latest version. To manually update on Windows, pull up the menu under the three horizontal bars at the upper right, then click the help icon (the question mark within a circle). Choose “About Firefox.” (On macOS, “About Firefox” can be found under the “Firefox” menu.) The resulting page or pop-up shows that the browser is either up to date or displays the refresh process.

Mozilla upgrades Firefox every four weeks; the last refresh was on Jan. 26.

Firefox’s picture-in-picture mode debuted early in 2020 in Firefox 72 (some got the feature at the end of 2019, in Firefox 71), letting users deposit a frame on the desktop, video inside, from most — but not all — in-tab videos. The frame could be moved and resized at will, and was independent of the tab.

Firefox 86 offers the same, but in spades: Users can crank out several frames, each showing a different video, each able to be positioned anywhere on the desktop. As long as the originating tab remains open, the video will continue playing.

Applications of this may be tougher to come up with than one might think, but multiple frames would be great for following several networks’ coverage of a major event, say with the audio off on all but one, or for watching — or just keeping track of — several play-off games simultaneously. 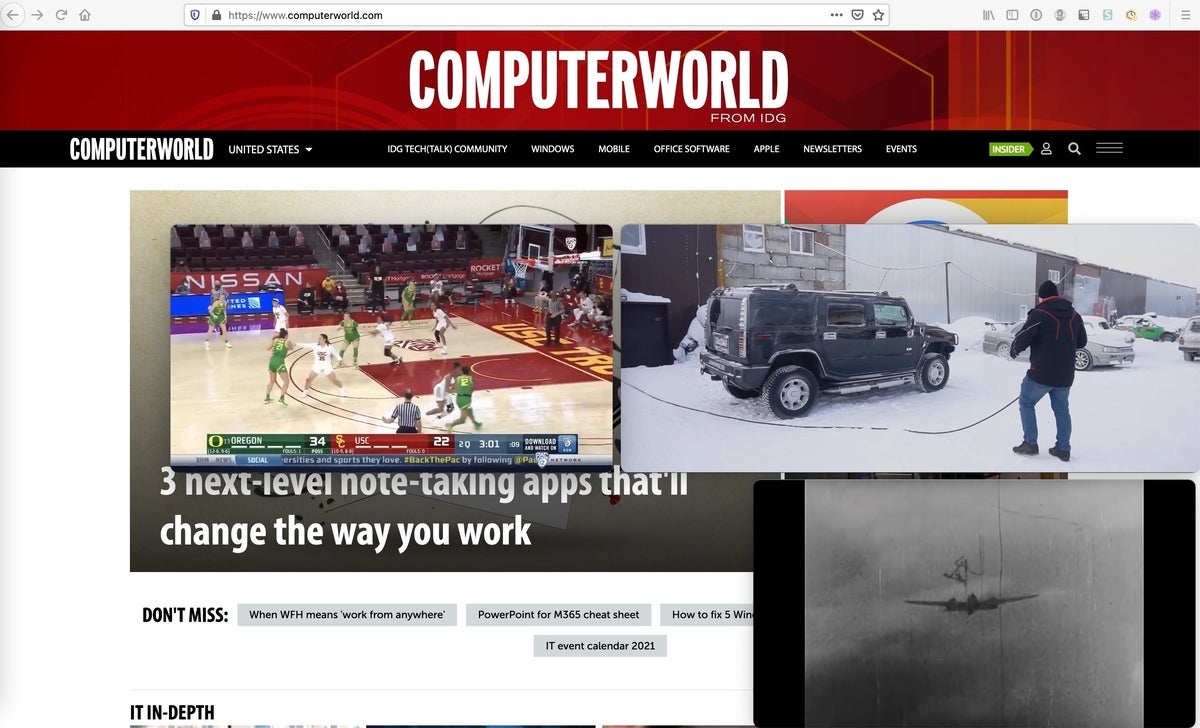 The other addition to Firefox 86 that Mozilla trumpeted was what it called “Total Cookie Protection.”

“Total Cookie Protection confines cookies to the site where they were created, which prevents tracking companies from using these cookies to track your browsing from site to site,” wrote Tim Huang, Johann Hofmann and Arthur Edelstein — senior software engineering, Firefox developer and senior product manager respectively — in a Feb. 23 post to a company blog.

The last upgrade before this — January’s Firefox 85 — locked up so-called “supercookies,” identifiers that actually aren’t cookies but trackers based on sometimes-obscure elements in a browser, such as HSTS flags. Firefox 86 expanded on its predecessor’s efforts by siloing all cookies.

(Note: There are exceptions, notably cross-site cookies not used for tracking purposes, like those “used by popular third-party login providers,” as Mozilla put it.) 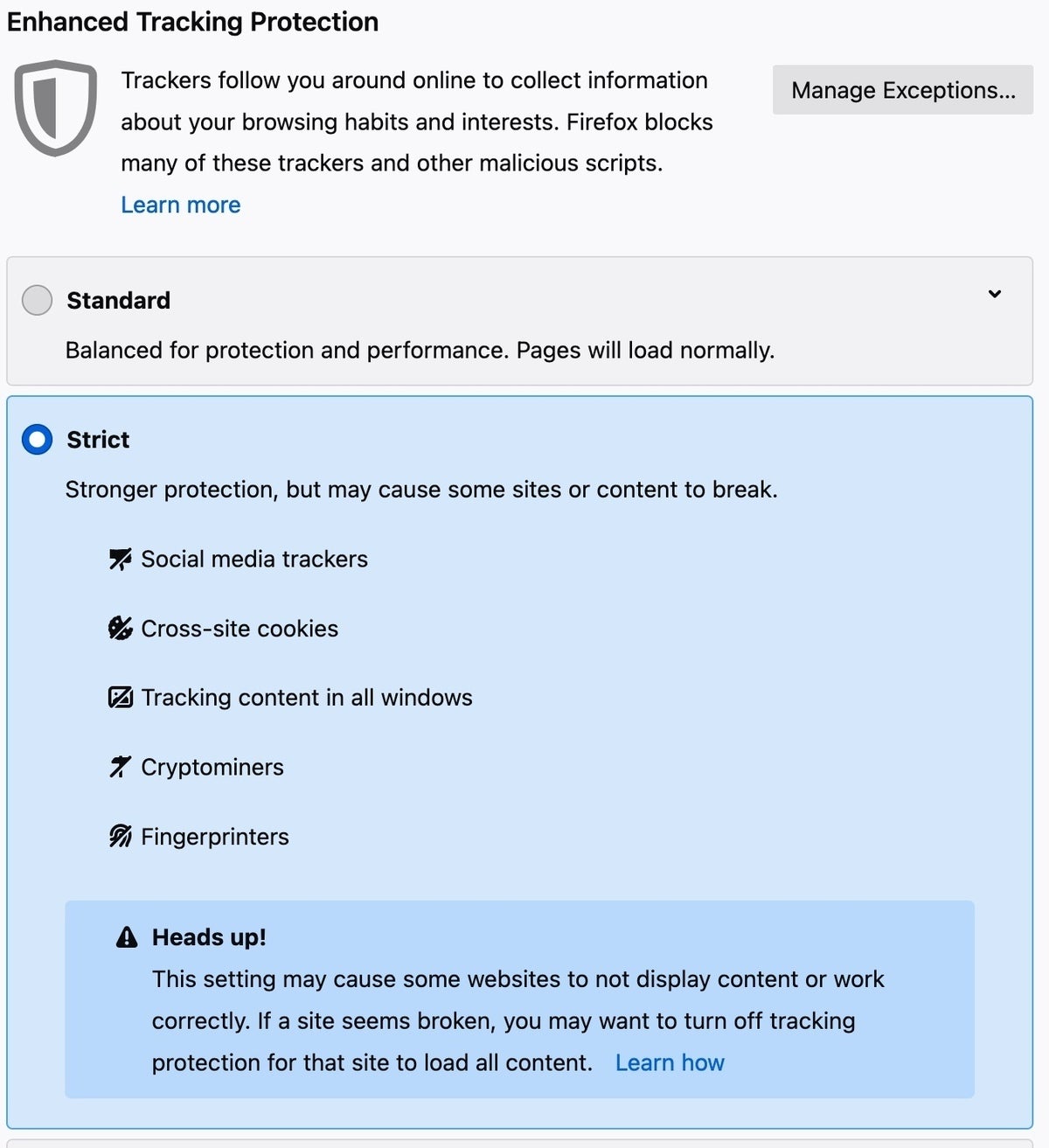 To enable Total Cookie Protection, users must change this setting to ‘Strict.’

Together, the previous supercookie isolation and the newer, more inclusive cookie quarantining, said Mozilla, block sites “from being able to ‘tag’ your browser, thereby eliminating the most pervasive cross-site tracking technique.”

The feature wasn’t enabled by default in Firefox 86. Instead, users must steer to Preferences’ “Privacy & Security” section and select the Strict option under “Enhanced Tracking Protection.”

More technical information about Total Cookie Protection can be found on Mozilla Hacks and on the MDN Web Docs site.

Elsewhere, Mozilla said that Firefox 86 cleaned up the design of the browser’s Print interface.

The next version, Firefox 87, will be released March 23.

Apple on track for 3nm silicon iPhones and […]