Microsoft Mesh and Viva: Revolutionizing the corporate dynamic for success

The two big announcements from this week’s Ignite conference are impressive offerings that can connect employees while enhancing their skills and assuring their employment. That’s good for the workers, and for business. 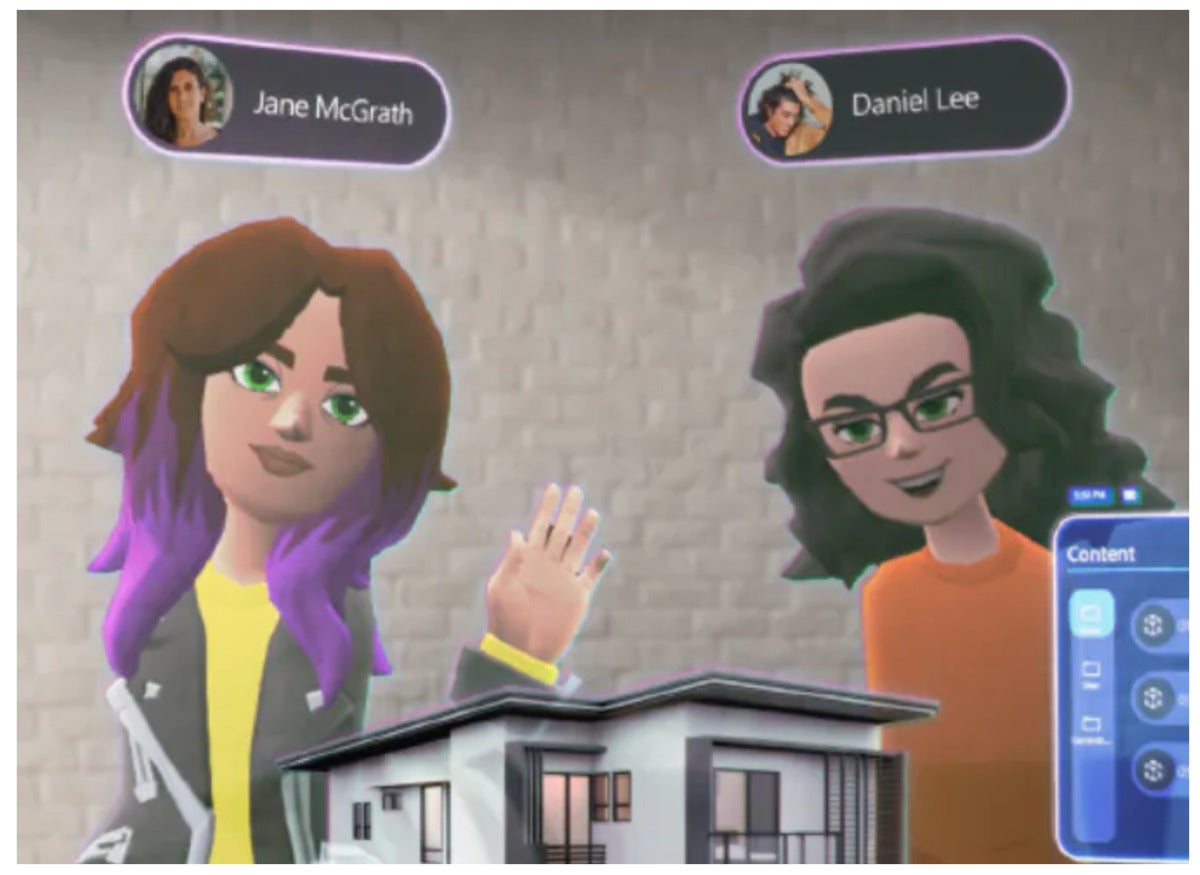 Editor’s note: Microsoft is a client of the author

At its Ignite conference this week, Microsoft showed that it not only isn’t standing still during the pandemic but is also advancing at an impressive pace. The company made two big announcements, unveiling Microsoft Viva, which looks to the future, and Microsoft Mesh, which allows companies to better pivot to meet the contemporary present. Both are at the very beginning of their product lives, and both will evolve significantly through the rest of this decade.

Viva and Mesh are toolsets, not discrete products, and should have a significant positive impact on the companies that use them. They could make the difference between whether your company advances or falls behind in the post-pandemic new normal.

Let’s look at each tool and what it does.

I’ve been interested in videoconferencing since AT&T showcased it at Disneyland in the mid-1960s. I’ve been disappointed mainly because on a 10-year cycle, efforts seem to advance, stall, and then start over — without anyone seeming to learn why earlier efforts failed. The goal was to create a communication method that could replace both voice and in-person meetings, and for five decades, we’ve had systems that did neither well.

Thanks mainly to the COVID-19 pandemic, tools have advanced faster in the past year than they did in the prior five decades. Microsoft Mesh is the penultimate result of that rapid revolution and in 18 to 24 months (about when Microsoft feels the hardware will catch up with the software), it could realistically achieve both goals.

In its ultimate form, Mesh will put remote people photo-realistically together in a room where they can interact and, eventually, virtually touch each other.  (The touch thing will likely take a bit longer.) With adequate processing power and enhanced headgear — Microsoft estimates that’s around a year and a half out — those who are remote should be nearly indistinguishable visually from those in the room.

This toolset will require companies to redesign conference rooms, mount cameras to capture the images of employees attending remotely, and be consistently provisioned so virtual attendees don’t walk through walls or accidentally stand in the middle of furniture.

I know many companies are currently redesigning conference rooms; this toolset is likely to make every one of those rooms obsolete in two years if they aren’t designed so that they can virtually overlap.

Other anticipated advances include more processing power, improved room cameras, and better Mixed Reality headsets that can occlude rendered elements’ images. That would make avatars look natural rather than ghostly and ephemeral.

Once this tool matures, I see no logical reason for anyone ever to come into work for a meeting or travel to a remote site. (Future homes may come with “Holoportation rooms” for the best remote experience.

One of the big problems we’ve identified during the pandemic is employee burnout. Employees feel disconnected, are concerned about being laid off, and new employees have trouble building the relationships they need to be successful.

Microsoft Viva has four elements; two have been released, one is available as a preview, and the fourth will enter preview in April.  Those elements, in order, are Topics, Connections, Insights, and Learning.  The result is a bundle, like Office, that focuses on an employee’s wellbeing, productivity, growth, and individual success while providing management with unprecedented oversight and a foundation for better employee decisions. 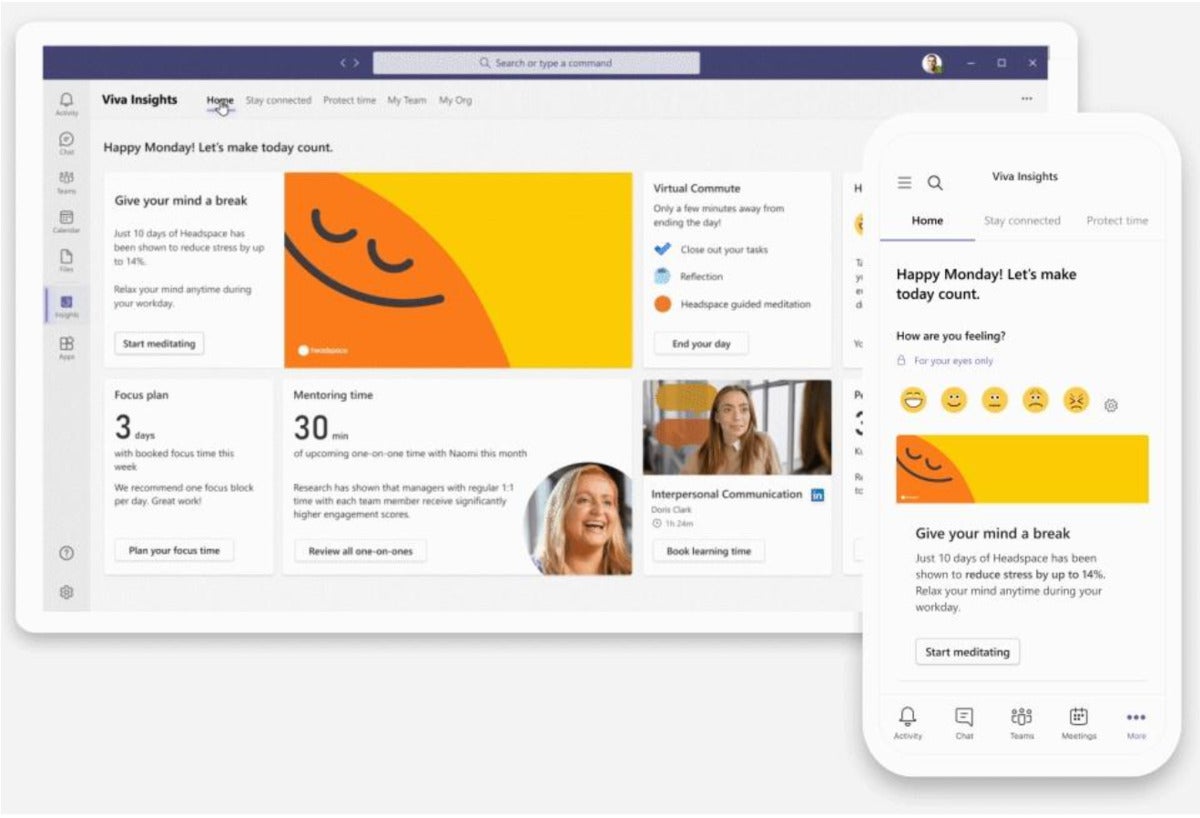 Topics organize information and experts in a way that should be intuitive and easy to learn and use. For new employees, particularly when they are remote and feel disconnected, can use Topics to connect to the information they need to better integrate into the company. Think of it like Wikipedia on steroids, focused on making you more competent at work.

Connections is more like Facebook as it should be; it is focused on helping workers make the meaningful human connections they’ll need in their career. A connection is a tool we should have had years ago. Still, it is particularly critical during the pandemic for employees who feel isolated because they’ve never had the opportunity to socialize with co-workers.

Insights is a tool that helps employees become more proficient in their existing roles while assuring a better work/life balance. As noted, this just went into preview. But used correctly, it could be one of the most powerful tools to address depression or burnout. It provides insights that should, over time, make people far more successful in their job.

Learning, which will go into preview next month, focuses on updating skills and ensuring that an employee doesn’t become obsolete. It links with existing tools like Skillsoft, Coursera, Pluralsight, Edx, Cornerstone, SABA, and SAP SuccessFactors to create dynamic learning opportunities and education paths for employees to improve long term employment and marketability.  Employees who get support like this tend to be far more loyal to their companies than those who don’t.

In short, Microsoft Viva is a toolset focused on making better companies and employees who are balanced, loyal, productive, and secure in these unsecure times.

Separately, Microsoft Mesh and Viva are impressive offerings focused on connecting employees to each other while enhancing their skills and assuring their employment. Together, they provide an unprecedented toolset that would have been even more useful, had they arrived a year ago. Important for companies still working from offices and critical to those with a large number of remote employees, these tools can help encourage the critical relationships needed for a successful career.

Ever since I did my undergraduate work in Manpower Management, I’ve been looking for tools that encompass the elements needed to make sure a company is not only successful but a great place to work.  Microsoft Viva and Mesh appear to do just that and should help the firms and employees that use them become better in every critical way.