Should you be panicking over Google’s privacy practices? Time to cut through the hype and bring some practical perspective to a sensationalized subject. 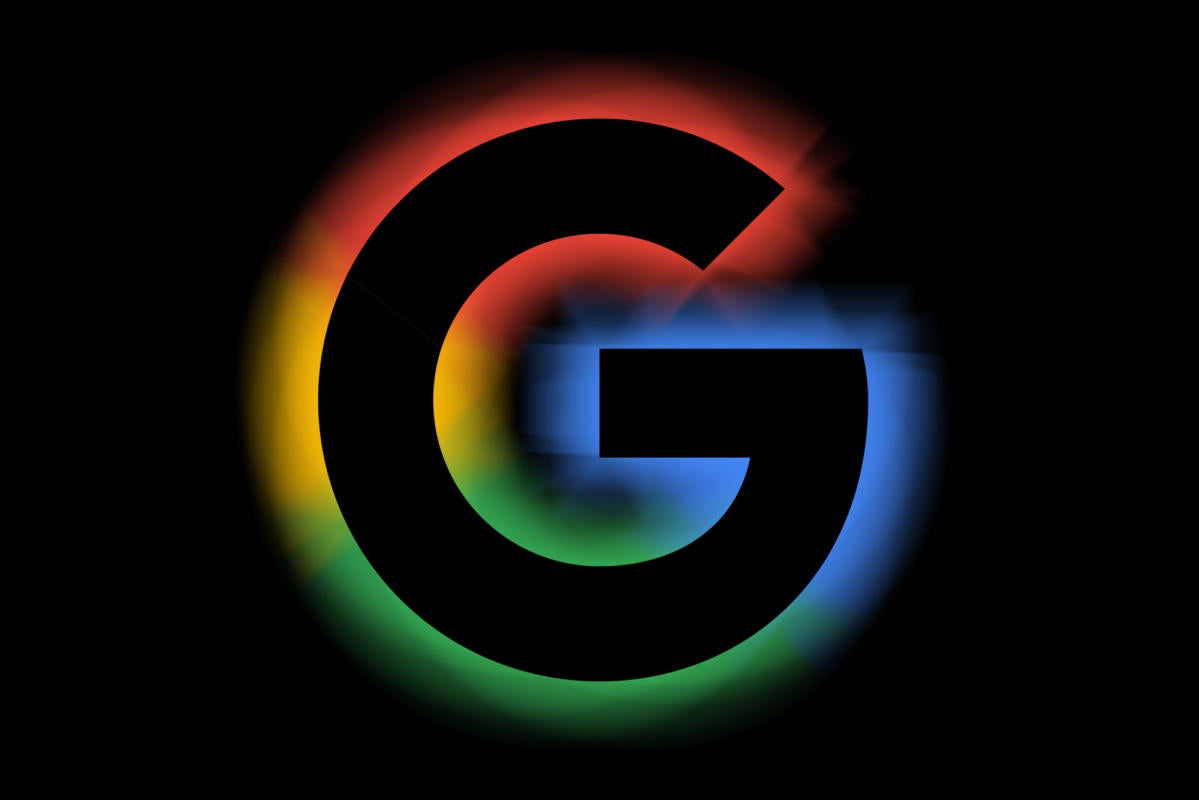 I don’t know if you’ve noticed, but it’s become a teensy bit trendy to trash Google and its position on privacy these days.

This wiggly ol’ web of ours has always spent a fair amount of energy focusing on how Google uses personal data, of course — and that’s a good thing. We absolutely should be aware of how companies do and don’t tap into our information.

Lately, though, the conversation has turned especially heated, with a growing chorus of virtual voices suggesting it’s time to ditch this-or-that Google service because of how it handles privacy and (insert spooky horror music and/or Sting ballad here) watches every move you make.

Now, look: I’m certainly not one to shy away from criticizing El Googlé. I hope that much is apparent by now, with as long as we’ve known each other. And I’m also not one to downplay the importance of privacy. It’s something I think about constantly and encourage others to do, too — and when a company’s using personal data in a way that seems the least bit shady, I’m among the first to call shenanigans.

But when it comes to this current narrative, popular as it may be in both the tech-media echo chamber and the social-media torture pit right now, I can’t help but think lots of folks are getting swept up in a messaging machine that has very little to do with real-world concerns in our (allegedly) human lives.

[Get level-headed knowledge in your inbox with JR’s Android Intelligence newsletter. Tips, insights, and other tasty treats await!]

Let’s think it through together from a super-practical perspective, shall we?

All right — so, the main complaint in this current round o’ Google objection is that the company goes too far in tracking your information and using it to power its plus-sized advertising empire. Most recently, the criticism has revolved around Google’s use of a new system that lets it collect info on your web browsing habits without the use of traditional browser-based tracking technology, a.k.a. the (non-delicious sort of) cookie, and then rely on that info to show you more relevant ads.

A trio of companies that position themselves as privacy advocates — including, most notably, Brave — has lashed out at the implementation of that cookie-crushing concept. At various times, the companies have called it “nasty,” “privacy-invasive,” and “like walking into a store where they already know all about you” (and I don’t think they’re referring to that delightfully folksy vibe you get when you mosey into Ye Olde Jethro’s General Store, either).

If all the loaded language sounds familiar, it should: This is the same sort of emotionally charged chatter we always tend to hear when talking about this topic — eyebrow-raising, sensational terms centered on scary-sounding ideas like spying, surveillance, and violating our Goog-given (or maybe just Goog-taken) rights.

For context, though, we have to remember that the most prominent players in this pro-privacy movement are companies that develop products designed to compete with Google’s apps and services. It’s not unreasonable to surmise that they’re latching onto this trend at least in part because it fits the narrative they need to promote their own business interests. They, just like Google, have an inherent financial motivation to convince you that their argument is right — and to persuade you to use their products.

Now, none of this is evil, mind you; it’s just business. But it’s important to step back and see it for exactly what it is, from all angles — because bashing Google and selling the notion of privacy has most certainly become a big business in and of itself. And that trend only seems poised to grow even more prominent as the weeks wear on.

But step back with me for a second and think about what exactly these voices are suggesting is the problem here — the cause for your proposed outrage and your suggested desire to walk away from every Google service. The problem, in this argument’s view, is the very fact that Google is using your web browsing habits to develop a profile of your interests that then determines what ads you see around the web. That’s a bit of a simplification, admittedly, but it’s pretty much what it boils down to.

Critically, no one is suggesting Google ever shares your personal information with anyone or does anything else similarly shady. Google’s always been very clear about the fact that it doesn’t go down that road; it uses customer data only internally, as part of an automated system, to programmatically pick ads it thinks are likely to be relevant and interesting to you based on the sorts of stuff you’ve looked at over time. It does that instead of just serving up random ads that have nothing to do with what you care about, as such non-targeted ads would likely be (a) far less interesting and potentially useful for you and (b) far less effective in terms of their performance.

That, of course, gets at the heart of how Google makes most of its money. And that is how the company’s able to offer us exceptional services like Gmail, Docs, and Photos — not to mention Google Search itself — without charging us to use all of those entities (at least in their core, non-enterprise-oriented forms). None of this is a secret, and while Google could always do more to publicize its privacy controls and the ways you can take control of how your information is used, the company has never been shy about sharing what it does with data and how its business works.

With all of that in mind, whenever an understandably shaken Homo sapien sends me some spine-chilling article about Google spying on our lives and why you should stop using this-or-that Google service, I ask them two pointed questions. They’re simple questions, but I find they’re able to break through the often-sensational noise and create some clarity.

My first Google privacy question should be an easy one to answer: Do you enjoy using Google services and get some manner of value out of them that you couldn’t get elsewhere? Compared to, say, Facebook — which, in my experience, most folks loathe and use only begrudgingly and with lots of resentment — the vast majority of humans seem to genuinely like what Google has to offer and find its services to be uniquely valuable and helpful in some way.

Second, set aside the copycat editorials, carefully crafted corporate blog posts, and other forms of faux outrage for a minute and consider this: Does the actual Google business model and what the company does with data really bother you all that much? As we just went over, Google’s been up-front about how its business works from the very beginning: The company provides us with mostly free services in exchange for allowing it to use certain parts of our data — the things we search for, the stories we click on, and so on — to build up private profiles of our interests. And it then uses those profiles to programmatically show us targeted ads that relate to those interests.

It’s worth stating once more: To the best of our knowledge, Google has never sold, shared, or otherwise misused any manner of personal data. That’s something that seems to get lost in much of the discussion as of late — the fact that while, yes, privacy is obviously important and worth thinking through carefully, what we’re talking about here is simply select areas of our data being compiled to create a profile that’s then used internally and automatically to make matches with the sorts of ads we see. And while the defaults do tend to veer toward allowing most manners of access, you can absolutely take control of how your info is used in an ever-increasing number of ways.

Now, if all of that really does bother you, then by all means: You’ve got some serious thinking to do. With most people, though — myself included — once the practical reality of the situation sets in, the mindset seems to shift from steaming rage to shrugging acceptance.

I mean, sure, you can take the same set of facts we just went over and twist it into an eye-catching headline about how Google is “watching your every move” and “selling your habits to the highest bidder” (egads!) But guess what? Google is a business. And of course it’s not just giving us tons of stellar services for free. Advertising is a legitimate business model, and there’s nothing inherently evil about it, so long as you’re well aware of what’s happening and being granted a reasonable amount of control over the process.

Ultimately, it all comes down to your own personal feelings and level of comfort. And there’s nothing wrong with feeling uncomfortable about Google’s approach or preferring a less ad-centric alternative.

At the end of the day, though, whether you’re using a product by Google, Brave, or whoever it is that you prefer, you’re dealing with a profit-seeking company that’s providing you with some sort of service in exchange for some manner of money-making value that you offer in return. It’s a transaction, and it’s up to you to decide if the service you’re getting is worth whatever you’re giving back for the privilege — in reality and from a practical perspective.

If you prefer the proposition offered by one of those other companies and think its products compare favorably to Google’s, then by all means, have at it! But do that with the full understanding of what each transaction actually involves and which product or service seems most beneficial for you in the big picture — not because of some strongly worded marketing campaign designed to tap into a trending topic and feed a mostly misguided sense of fear.